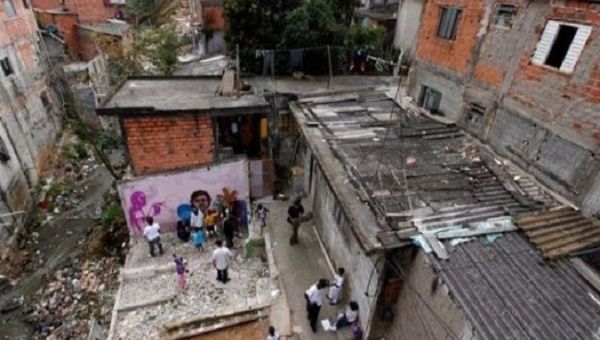 Over 191 Million Latin Americans Are Living in Poverty in 2019

The Eclac executive secretary called to forge «social compacts for equality» as the first step towards the construction of Welfare States in the region.

On the occasion of the release of its «2019 Social Panorama of Latin America» report, the Economic Commission for Latin America and the Caribbean (Eclac) called to build «social compacts for equality» so as to improve incomes of over 191 million people who are currently living in poverty

“For nearly a decade, Cepal has positioned equality as the basis of development. Today we confirm once again the urgency of moving ahead on the construction of welfare states, which provide male and female citizens alike access to comprehensive and universal social protection systems and to essential public goods,» the Eclac executive secretary Alicia Barcena said.

According to this Mexican biologist, who has been leading this United Nations regional institution since 2008, it is necessary to “grow to equalize and equalize to grow”, since overcoming poverty goes beyond increasing national production and must include redistributive and active fiscal policies.

Between 2002 and 2017, the middle class expanded all over Latin America. However, more than half of the middle-income adult persons had not finished their secondary studies as of 2017 and only half of all economically active people had access to a pension system.

«A high proportion of the middle-income population experiences significant deficits in terms of social and labor inclusion and a high degree of vulnerability to falling back into poverty due to changes prompted by unemployment, a decline in their income, or other catastrophic events such as grave illness or disaster,» the Eclac report stresses.

According to this annual study, 31,8 percent of the Latin American population is currently poor and 11,5 percent is living in extreme poverty.

Meanwhile, inequality in income distribution has been widening in most Latin American societies.

In Brazil, for instance, the share of the wealthiest 1 percent of the population in the country’s overall income rose to 27.5 percent in 2017.

In Chile, when both financial and non-financial assets are taken into account, the share of the wealthiest 1 percent in the country’s net wealth amounts to 26.5 percent.

Unlike those countries, the proportion of social wealth controlled by the richest 1 percent only equals 17.5 percent in Uruguay, a country which was ruled by leftists governments for 15 consecutive years.